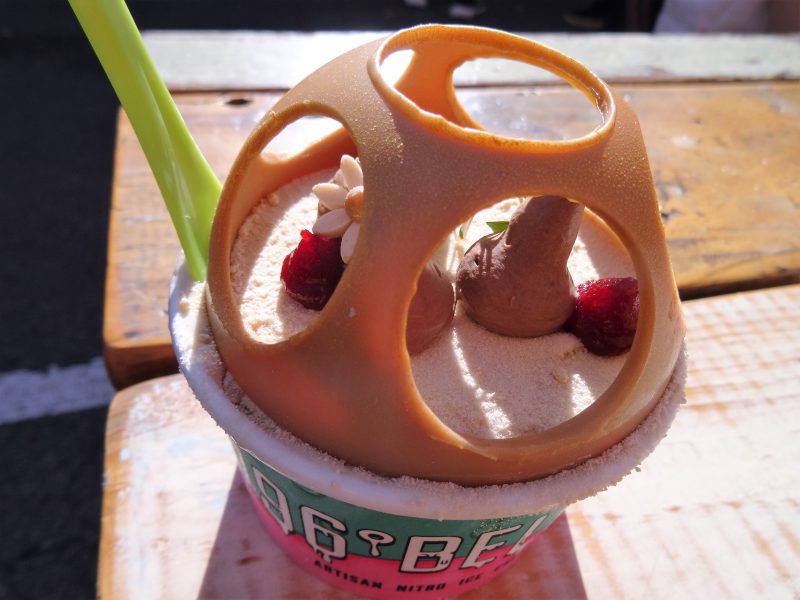 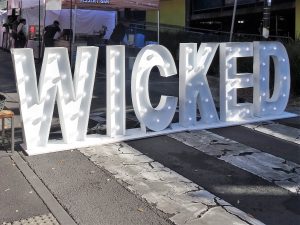 I guess you know you are excited about an event when you arrive before the event is completely set up. This happened to me last weekend when I made the trek to the Prahran Markets in Melbourne to attend the Wicked Dessert Festival. The upside of this, though, was that I got to do a first reconnaissance of the offerings before the crowds arrived. It was hard to miss the location of the festival due to the oversized plastic letters blocking the entrance to Elizabeth Street. 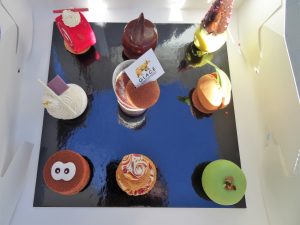 My first stop was the caravan at the very far end, Glace Frozen Artisanal, who were selling their famous push-pop ice-creams. It was a very tough choice but, on this occasion, I decided against ice-cream. The cakes were a good decision even though I had to carry the box around for the next few hours. It got lots of admirers and even attracted photographers, who I directed back to the caravan to make their own purchase. All the tasting plate inclusions were delicious (Chocolate caramel tart, mini religieuse, apple tatin, coffee caramel cup, tropical cheesecake pop, red roulade, jaffa macaron and blueberry pavlova). For me, personally, the tropical cheesecake pop was the standout. I loved the tropical cheesecake ball balanced on a miniature chocolate coated ice-cream cone decorated with sprinkles containing lime and pineapple confit

Jars of ganache were the next thing to catch my eye at Medita Chocolates. Here I had a chat to the owner, Catherine Hill, about the different uses for the ganache. It was very hard to resist the amazing chocolates that she was selling and move on to the next stand. But I do believe that I will be ordering some of this ganache online. I’ve been sold on the idea of pouring hazelnut ganache over ice-cream. 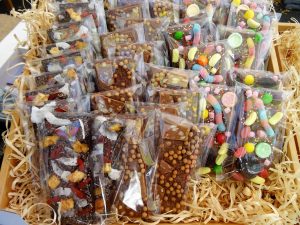 Indeed, it was very hard to walk past all the artisan chocolate places that were located nearby. As well as donuts with fancy toppings like choc honeycomb; smarties; caramel & pretzels; and strawberries & Nutella. I did stop, however, to take note of the chocolate bark that incorporated sour worms, lifesavers and skittles. As well as the flavour combinations of milkshakes and waffle pops at Waffle ‘N’ Shake. 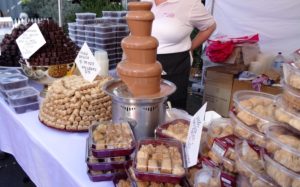 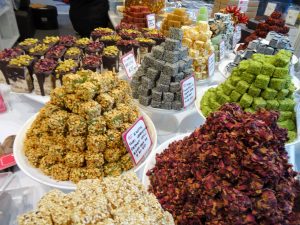 Then I spotted the 196 Below stand – ice-cream made using liquid nitrogen. Okay, so this is not the first time I’ve had liquid nitrogen ice-cream, but it was the first time I’ve had Callebaut gold chocolate ice-cream topped with cherry gel, shortbread crumb, nitro whipped ganache with a gold chocolate dome. For the price of $10, I was not disappointed. The cup was filled to the brim with ice-cream, flattened across the top and finished with lots of attention to detail.

The gold painted chocolate dome on top just capped off what I believe is amongst the best ice-cream I have ever had. It was perfect for someone who is not normally a fan of chocolate ice-cream. It was as though only a hint of chocolate was needed for the impact. Indeed, I could say the same for the extra toppings added to the top as they all contributed to the overall combination of flavours. Afterwards, I was asked what I had thought as I was the first person to try it. Of course, I said that I was impressed. 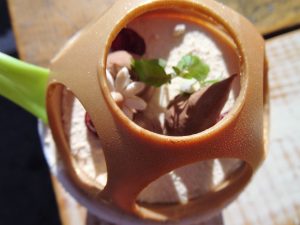 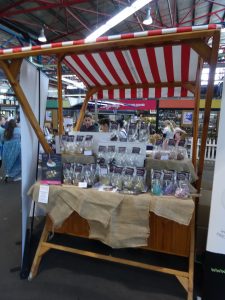 But, at this stage, I hadn’t even ventured inside where there were even more sweet delights waiting. I found apples dipped in layers of salted caramel and chocolate before being covered in all sorts of toppings from sprinkles through to nuts. These were the comparatively healthy version of a toffee apple which can be sliced to become part of fruit and cheese platters. It was a great idea and concept. 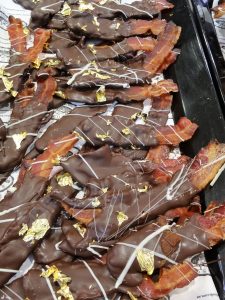 Next was the discovery of chocolate covered bacon at Barossa Fine Foods. They had two options available for tasting – three pieces for $2. I tried both the milk chocolate covered bacon as well as the more adventurous chocolate and chilli covered bacon. The latter was the best in my opinion and I could have gone back for more of that. Chocolate and chilli bacon ice-cream…there could be something in that. Oh! And did I mention that it was also decorated with edible gold flakes? Bucket list item ticked off right there.

All in all, the Wicked Dessert Festival was worth checking out and I will be keeping an eye out for the same event next year.