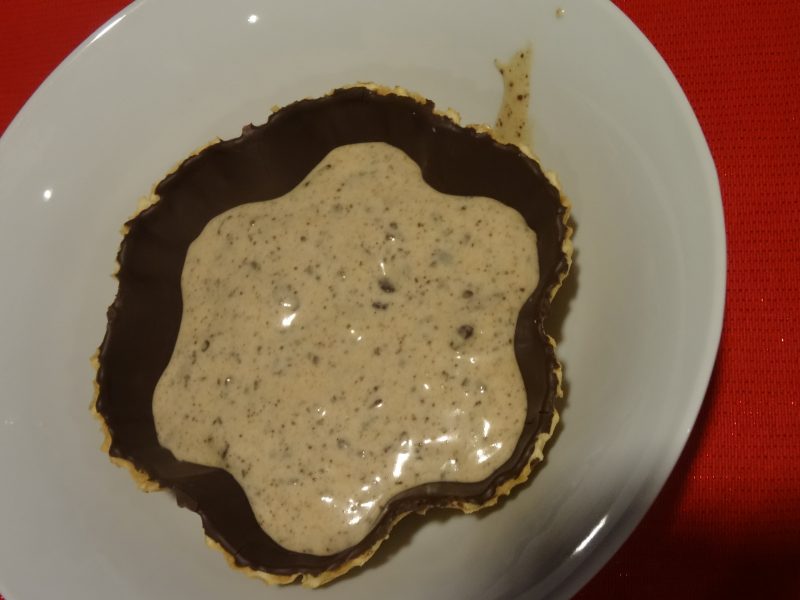 Please note: All of my ice-cream combinations use this recipe as a base. 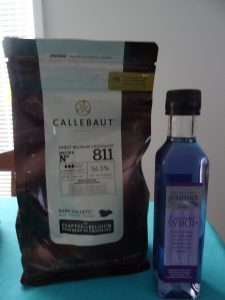 This combination of flavours was partly decided by the ingredients that I already had on hand:

Half of the fun of making ice-cream is experimenting with flavours to see what works and then refining to get the quantities right. I will stress that for this recipe, I am still working on this concept.

I have wanted to use Callebaut chocolate as an ingredient for quite some time. Callebaut is good quality Belgian chocolate and I recommend it for those who aren’t big fans of rich chocolate ice-cream. I will be the first to admit that I avoid this type of chocolate ice-cream but found that this one is very palatable. And I was deliberately trying to make chocolate the dominant flavour in this combination.

The beauty of making custard as the base for this ice-cream means that the preparation process can easily be broken up into stages. On this occasion, I made the custard base very early in the morning. After initial cooling, the mixture was transferred to the refrigerator for 7 hours.

The first thing I always do upon removing the custard mixture from the refrigerator is to pour it into a blender. This removes any hidden lumps, to give the custard a smooth consistency. 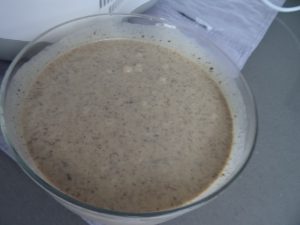 In my opinion, and I know that people have different viewpoints on this, ice-cream should be smooth. For the creation of this ice-cream combination, I broke away from this tradition for the sake of saving time.

Optimistically, I poured two cups of chocolate chips into the blender to crush them. Part of the fun of experimentation is discovering that things don’t work. The crushing of the chips was taking too long so I scooped the partially crushed chocolate out of the blender directly into the custard.

My opinion of lavender in cooking has always been that it is more intended to be a flavour that you smell rather than taste. I have made lavender ice-cream before and the feedback on the last occasion was that I hadn’t used enough syrup. So, I  decided to increase the amount this time to 1 ½ tablespoons. I added this to the custard mixture.

The final ingredient was the boysenberry vinegar. Fresh boysenberries are not something that I have been able to source on a regular basis, so I was delighted when I found a stockist of a boysenberry-based product that could be used as a substitute. I was only looking to have a hint of berry in the ice-cream, so it was added by swirling about 1 dessertspoon through the mixture. 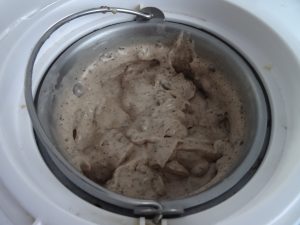 Once happy with the blended flavours, I transferred the custard mixture into the ice-cream maker to churn and freeze. This took approximately 30 minutes. Preliminary taste tests of the mixture passed my quality standards and it was difficult to ignore the temptation to fix myself a bowl of the custard mixture. After the ice-cream machine phase had been completed, I popped the mixture into containers for storage in the freezer until it was time for dessert.  The ice-cream was served up in chocolate waffle bowls. 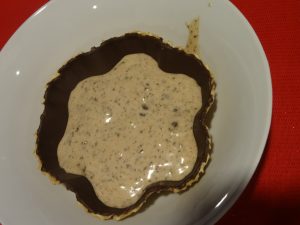 The recommendations were to leave the chocolate chips in and to use less chocolate next time.