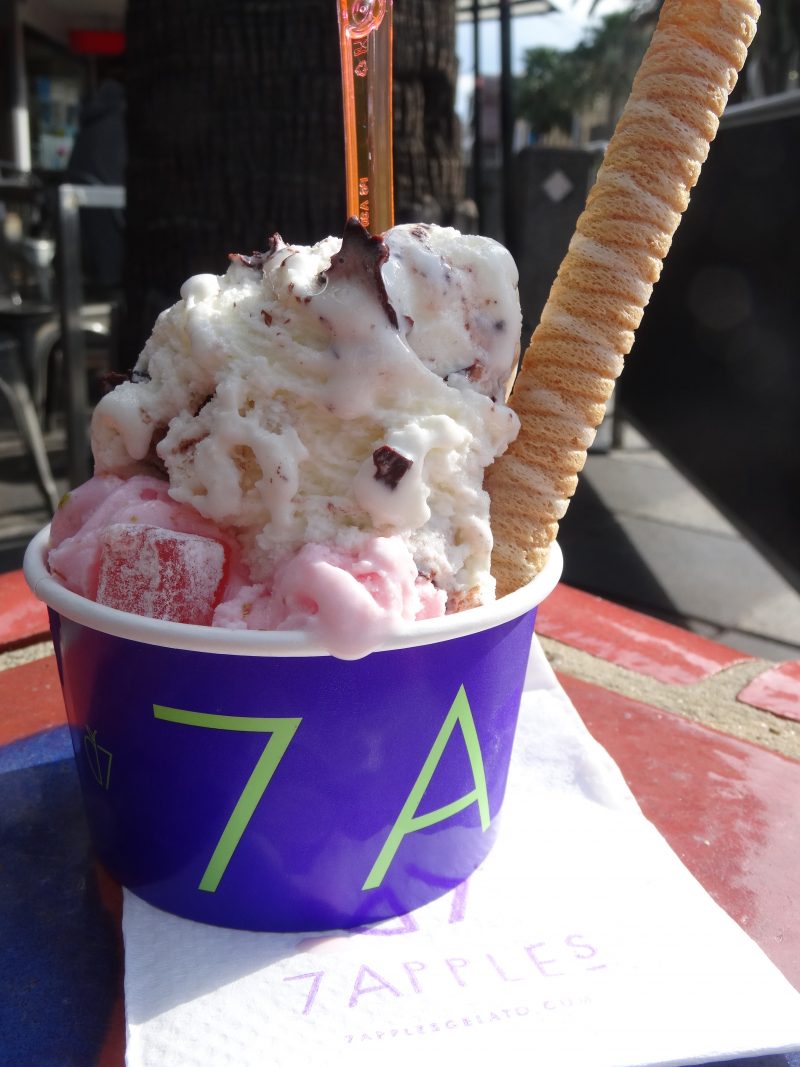 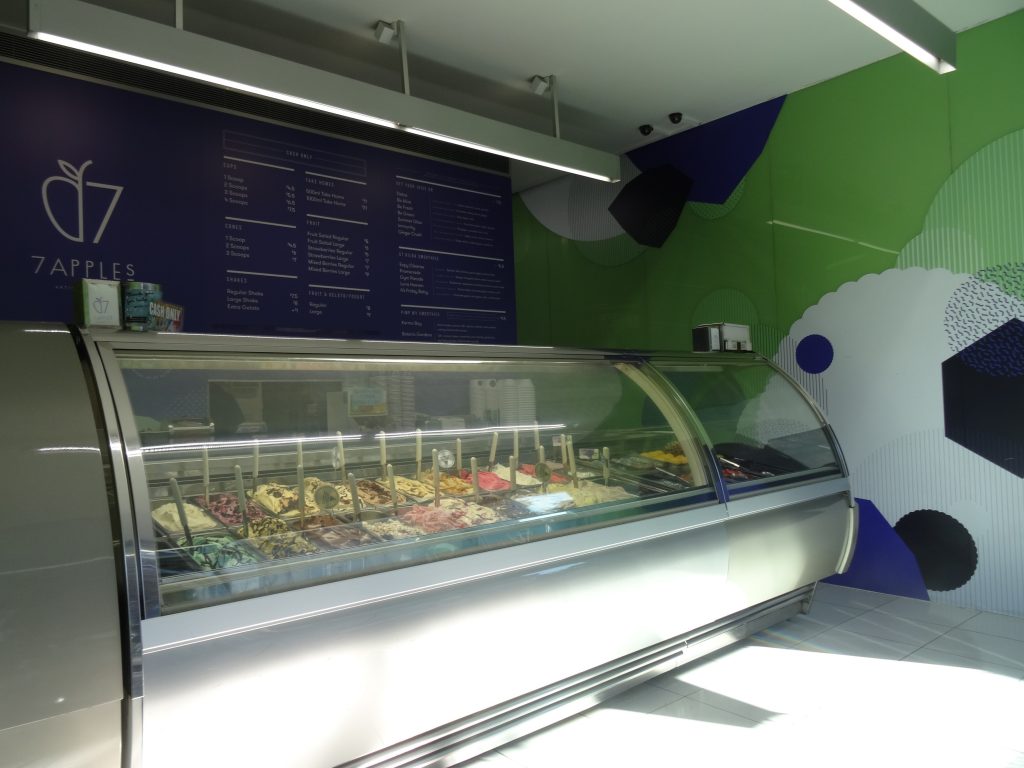 It was a sunny Autumn day when I decided to skip breakfast and head to an artisan gelato store located in the Melbourne beachside suburb of St Kilda. Before you ask, I was not planning to indulge in ice-cream for breakfast. Rather, I was intent on talking about my favourite subject. Yep, that subject would be ice-cream. 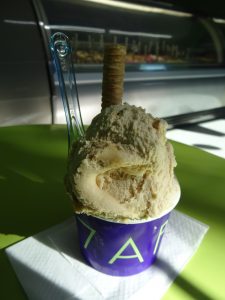 Daniela Mariotti, the manager of 7Apples, happily obliged. By the time I left, I knew much more about the history of 7Apples and its creations. I also knew a little more about the art of producing gelato.

Daniela’s brother, Mark, opened 7Apples 16 years ago. He trained at two of Italy’s most famous gelaterias. At the time, there was a perception of gelato as icy and syrupy. The explosion and popularity of gelato in recent years, has definitely changed this. 7Apples has now firmly established itself in the Acland streetscape. Daniela reports that some regular customers are now bringing their children along.

Why should you visit 7Apples gelato?

7Apples lies at the Luna Park end of St Kilda’s famed sweet eats area, Acland Street. It therefore makes a very fitting end to an Acland street cake crawl. 7Apples is also perfectly located for an ice-cream fix whilst visiting the beach. With award-winning artisan gelato, 7Apples is also worthy of a visit in its own right. 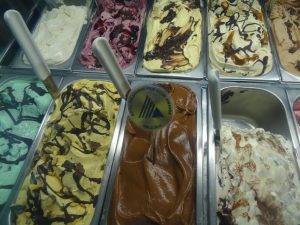 7Apples has consistently won awards at food shows for its gelato creations. Most noted is their salted caramel flavour. This was awarded a gold medal at the Royal Melbourne Fine Food Awards. However, it was the flavour known as croccangelo that caught my eye. Ever on the look-out for new flavours, this was the first time I had encountered this one anywhere. A combination of crunchy hazelnut and peanuts with chocolate and caramel, this combination has consistently earned awards for 7Apples. Another customer favourite is Ferrero Rocher. An identified staff favourite, dark chocolate sorbet, features Callebeaut Belgian chocolate.

At the primary site in St Kilda, five core flavours are available. These include coffee, chocolate, vanilla, salted caramel and Ferrero Rocher. There are also weekly flavours. To my delight, one of these weekly flavours is based on the dessert that rose to fame in many Australian families during the 1990s. I am, of course, talking about Streets Viennetta. Another is Turkish Delight, made with the authentic Turkish version of this sweet. Coupled with pistachios and Persian fairy floss, the result is eye-catching. 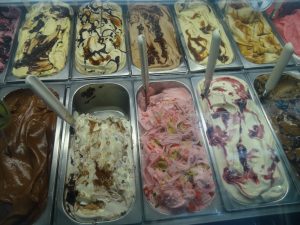 7Apples makes all of its gelato onsite in St Kilda using seasonal fresh fruit. This contributes to the availability of flavours at different times of the year. The variety of choices on offer ranges from traditional dairy based gelato through to vegan sorbets. Daniela explained that the vegan sorbets are a recent expansion and came as a result of customer requests. Gluten free and vegan cones have also been part of this expansion.

7Apples also developed a range of smoothies and juices with the assistance of a local dietician. The available options include dairy free, gluten free and sugar free. Fresh fruit bowls are also available. There is also a more decadent option available of a fresh fruit bowl, topped with two scoops of gelato or yoghurt. 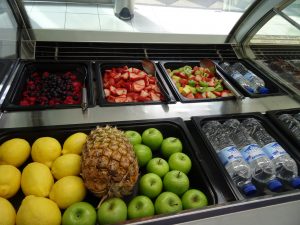 7Apples also has you sorted if you want your own personal ice-cream for a function. A six flavour gelato cart is available for event hire. This has proved to be very popular for corporate functions and weddings, with many photographs attesting to this available through Instagram. 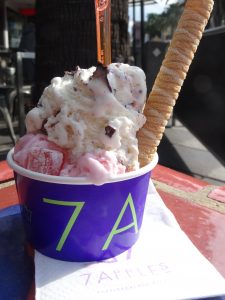 7Apples was initially recommended by a hotel concierge. Over a period of three days, I returned a further three times for another fix of their gelato. It definitely deserves the accolade of the best ice-cream in St Kilda.

I would not hesitate in recommending the 7Apples gelato experience or suggesting its inclusion in a Melbourne ice-cream crawl. The staff are very friendly and more than happy to discuss ice-cream.